Title: GUN
Publisher: Activision
Platform: Xbox
Genre: Action Adventure
Release Date: 11/9/2005
Overview:
Gunslinger Colton White has lost everything. Everything, that is, except for his gun. White saddles up with only his six-chambered sidekick and sets out for gritty revenge in this story of vigilante justice set in the old West. Travel through an expansive frontier world where the terrain is beautiful but the men you’ll encounter can get downright ugly. Spill blood with savage realism using six shooters, cannons, shotguns, explosives, axes, and more. Practice shooting and riding on side missions. Battle on horseback, hijack locomotives, bring down buffalo, and try your luck at the poker table. Multiple styles of play let you decide which side of the law you’re on. 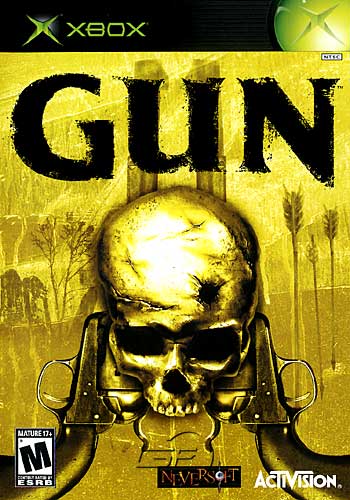