Title: Lost: Via Domus
Publisher: Ubisoft
Platform: PS3
Genre: Action Adventure
Release Date: 2/28/2008
Overview:
When your jumbo airliner – Oceanic Air Flight 815 – split in half somewhere over the Pacific Ocean on its way from Australia to the United States, you find yourself stranded on a tropical island with a group of other survivors. The only way to find your way home is to uncover and confront the secrets of the island – including a smoke monster, polar bears, a strange group of people known as The Others, and bunkers belonging to the Dharma Initiative – and your own past. Explore familiar locations, solve puzzles, and interact with the main characters from the hit television show as you play an untold adventure in an interactive, immersive world. 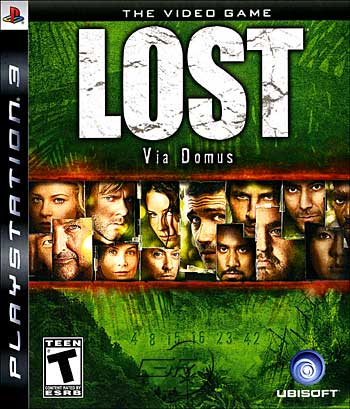