Title: Transformers: Revenge of the Fallen
Publisher: Activision
Platform: PlayStation 2
Genre: Action Adventure
Release Date: 6/22/2009
Overview:
The battle for the Allspark rages on! As the Autobots and Decepticons try and destroy each other, they may take the Earth – and all of us – with them. Pick a side and fight as your favorite character as you experience the power of being a Transformer. Whether you choose to roll out with the Autobots or win at all costs with the Decepticons, you’ll enter the battle at any point and play the missions in any order you want. Instantly switch between Robot, Vehicle, and Weapon Modes in battles where seconds stand between victory and defeat. Enlist your strongest ally and team with a cyber-sidekick in offline co-op play. 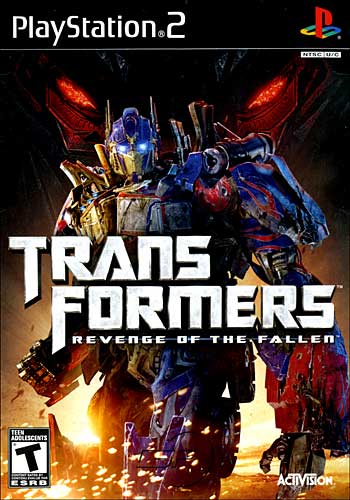