Title: God of War III
Publisher: Sony Computer Entertainment
Platform: PS3
Genre: Action Adventure
Release Date: 3/15/2010
Overview:
God of War saves its best for last as the mythological trilogy comes to a spectacular conclusion! The franchise’s third episode is more massive in scope and comes at you with some of the most striking visuals on the PS3. Conclude the quest of Kratos in a stunning world inspired by Greek mythology. Climb the heights of Mount Olympus and descend into the depths of Hell as you seek revenge against the gods that have betrayed you. Fight in truly epic fashion as you manipulate mythological creatures to do your bidding, battle the gods, tear through entire armies on the backs of Titans, and much more. 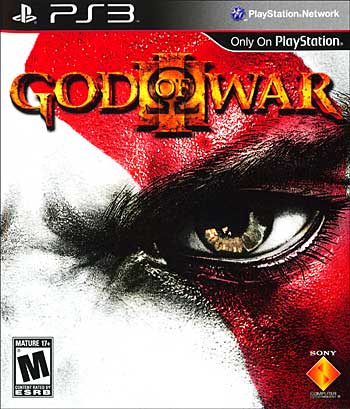