Title: DeathSmiles
Publisher: Aksys
Platform: Xbox 360
Genre: Shooter
Release Date: 7/1/2010
Overview:
Cute little angels fly around a fairy tale world…and fill it with bullets in this side-scrolling 2D gunfest from the shoot-’em-up masters at Cave. The gates of hell have opened and demons and other wretched creatures are pouring into the kingdom of Gilverado. Pick from four darling deadeyes – the sassy German, foppish Englishwoman, shy French maid, or California valley girl – then lock and load and get ready to do some pest control! Fly around and shoot left and right as enemies come at you from both sides of the screen. Save your best shots and replay them later and see how your score stacks up on online leaderboards. 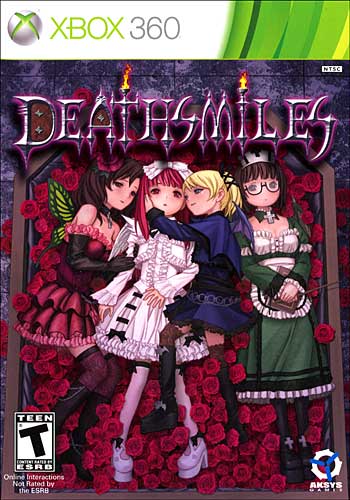