Title: Singularity
Publisher: Activision
Platform: Xbox 360
Genre: Shooter
Release Date: 6/28/2010
Overview:
The clock is your greatest weapon in this first-person shooter that puts a gun in one of your hands, and the ability to manipulate time in the other. A pilot finds the horrifying aftermath of a Cold War-era project on an island off the Russian coast. The project not only altered the nature of time, but created a device capable of controlling it. Accelerate time to turn enemies to dust or rewind it to reduce them to helpless embryos. Weaken structures by aging them, revise history, and more. You’ll fight in the present and be catapulted by time waves back to 1950 as you unravel the mystery behind Singularity. 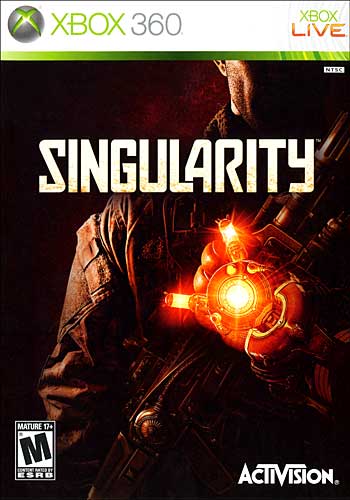