Title: The Club
Publisher: Sega
Platform: PS3
Genre: Shooter
Release Date: 2/20/2008
Overview:
Membership in The Club is not granted to many. Fewer still live long enough to enjoy it. The Club is controlled by an anonymous group of wealthy investors who watch fighters battle to the death on a global stage in a new breed of high-stakes bloodsport. Choose from eight uniquely talented fighters, each whose lust for money is matched only by their lust for blood. Rise through the Club’s ranks in five run-and-gun, single-player, third-person-shooter modes. Blast your way to the top of online leaderboards in eight deadly multiplayer modes. Choose from 17 weapons and obliterate eight fully destructible real-world environments where everyone’s trying to take you down. 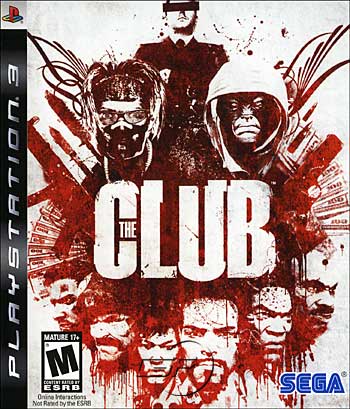