Title: Aliens vs. Predator
Publisher: Sega
Platform: Xbox 360
Genre: Shooter
Release Date: 2/16/2010
Overview:
No matter what side you choose, any action fan comes out a winner in this battle to determine the deadliest species in the galaxy. Alien vs. Predator begins when a distant mining colony finds a mysterious pyramid containing a deadly secret. As Predators rally from across the galaxy to defend the pyramid, Aliens awaken within. The Predators are angry. The Aliens are hungry. And the Colonial Marines are stuck in the middle. Choose your side in three distinct single-player campaigns or fight furious online battles. Score trophy kills as a Predator, tear enemies apart as an Alien, or make a harrowing last stand as a Marine. 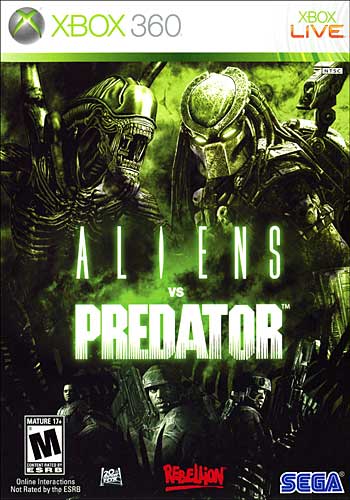