Title: Rogue Trooper
Publisher: Eidos
Platform: Xbox
Genre: Shooter
Release Date: 5/24/2006
Overview:
In a future where black holes serve as gates to any destination, the planet Nu Earth is positioned in a vital strategic location between two suns and a black hole. Blown to oblivion by WMDs in a 20-year battle for its control, the former paradise is a pollution-ravaged wasteland. One warring faction, the Southers, creates GIs, Genetic Infantry, capable of surviving the planet’s toxins without special gear. The GIs are betrayed by one of their own and massacred. One survives. Now he stalks the shadows in search of revenge. Play as the ultimate soldier in this intense tactical action saga that features single-player Campaign Mode and split-screen multiplayer. 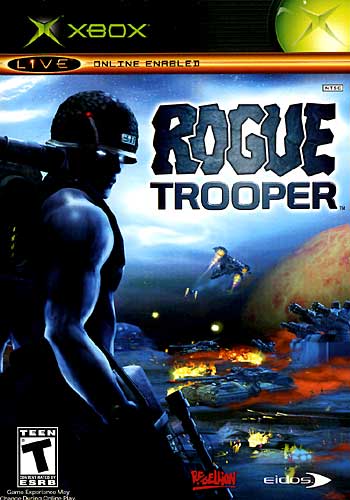