Title: Dynasty Warriors: Strikeforce
Publisher: Koei
Platform: Xbox 360
Genre: Action Adventure
Release Date: 2/17/2010
Overview:
The Dynasty Warriors franchise has always challenged one fighter to battle many. Now, you no longer have to fight alone! For the first time, up to four friends can fight the game’s massive battles together. With more people on the battlefield, you’ll need more room to move. So, in another first, characters have new supernatural abilities that let them streak through the skies and clash at high-altitudes. Coordinate moves with voice or text chat as you break into strongholds, fight entire armies, and more in over 200 total quests. Single-player mode gives you the option to team up with AI allies or do it all yourself. 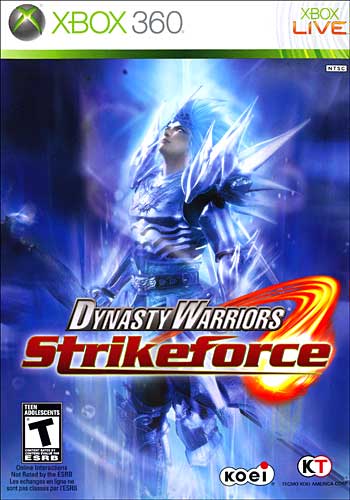