Title: SAW
Publisher: Konami
Platform: Xbox 360
Genre: Action Adventure
Release Date: 10/6/2009
Overview:
Twisted psycho Jigsaw wants to play a game. And he’s taken his idea of a good time from the big screen to the Xbox 360. You’re trapped in an abandoned insane asylum that he controls. The building is littered with horrifying traps. Think quickly and you might make it out alive. Each trap presents a harsh moral choice. And when you play by Jigsaw’s rules, there is no good answer. On top of evading traps and wrestling with stinging moral decisions, you’ll fend off Jigsaw’s minions using whatever weapons you can find. Go deeper into the Saw mythology and learn why Jigsaw started “playing” in the first place. 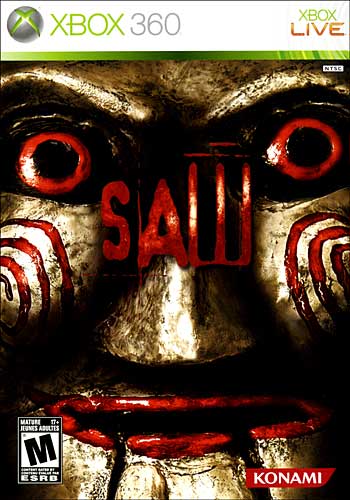