Title: Sherlock Holmes vs. Jack the Ripper
Publisher: Dreamcatcher
Platform: Xbox 360
Genre: Action Adventure
Release Date: 4/29/2010
Overview:
One of the greatest detective minds takes on one of the greatest unsolved crimes in this collision between fiction and fact. Fictitious sleuth Sherlock Holmes goes after real-life serial killer Jack the Ripper in a historic manhunt set in 19th century London. Search for clues as you follow a trail of bodies through the dark alleys and sinister streets of the city. Switch freely between third- and first-person perspectives while playing as Holmes and his assistant Watson. Interact with characters and collect hundreds of clues. With the city’s fear growing by the moment, do you have what it takes to finally solve one of the world’s greatest mysteries? 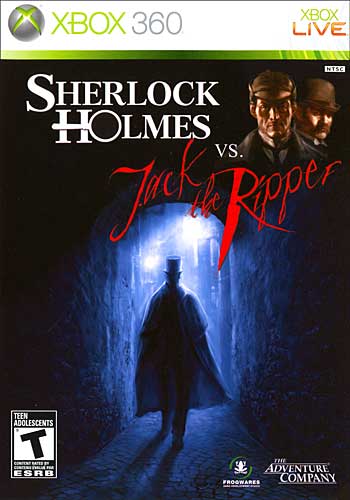