Title: Marvel Super Hero Squad
Publisher: THQ
Platform: Wii
Genre: Action Adventure
Release Date: 10/19/2009
Overview:
Join the Super Hero Squad and save the citizens of Super City in this game based on the animated Marvel series. Mix and match heroes and villains as you fight almost any battle you can imagine with characters from X-Men, Avengers, Fantastic 4, and all corners of the Marvel Universe. Foil plots by Dr. Doom and the Lethal Legion. Save the day as Hulk, Wolverine, Thor, Iron Man, Silver Surfer, or Falcon in Adventure Mode. Fight for good or evil in Battle Mode, where you can choose from 20 characters. Harness your character’s superpowers by creating custom combos in all-in, two-on-two, or three-on-one showdowns. 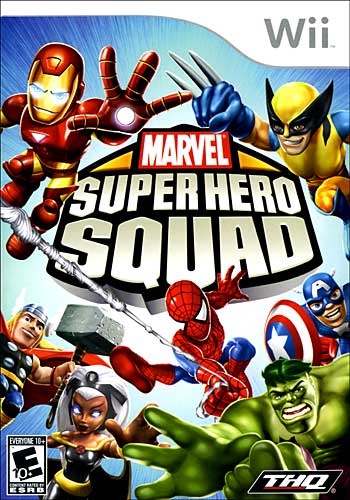