Title: Dynasty Warriors 6
Publisher: Koei
Platform: PlayStation 2
Genre: Action Adventure
Release Date: 11/20/2008
Overview:
Re-imagined character and weapon designs combine with familiar characterizations to bring you the biggest and best Dynasty Warriors experience yet! A new fighting system and completely new motions allow you to string together combos which let you live out a kung-fu movie. Fill your Combo Gauge to maximum and unleash even more dazzling moves, starting the system all over again as many times as your skill allows, without ever losing control of your character. Realistic battlefields feature massive areas in which to fight, including poorly paved roads, forests, and bridges over streams and rivers. Sieges and large-scale ship battles now happen in real-time with consequences on the battlefield! 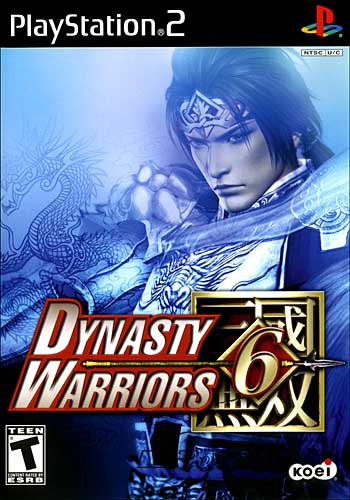