Title: Tom Clancy’s Ghost Recon Advanced Warfighter
Publisher: Ubisoft
Platform: Xbox
Genre: Shooter
Release Date: 3/9/2006
Overview:
It’s the year 2013, and the Ghosts have a new weapon, the Intergrated Warfighter System. The IWS is state-of-the-art, combining weapons systems, satellite communication devices, and new survival gear into the most advanced soldier enhancement ever. Now as Captain Scott Mitchell, you lead the Ghosts and other Special Forces on a mission to save the President of the United States. All of the action takes place in Mexico City, where a band of deadly soldiers possess stolen nuclear codes. It’s a mission that may be impossible even for the Ghosts, but the IWS just might give you the edge you need. It’s time to push it to the edge! 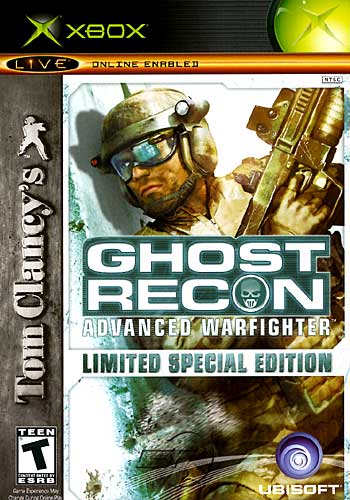