Title: Legendary
Publisher: Gamecock Media Group
Platform: Xbox 360
Genre: Shooter
Release Date: 11/6/2008
Overview:
Art thief Charles Deckard has accidentally opened Pandora’s Box. Now he must either try to close it back up, or just shoot everything that comes out. Deckard goes with the latter, giving you the chance to blast hordes of mystical creatures back into the oblivion from which they came. Meanwhile, werewolves, gryphons, and other legendary creatures have been unleashed on a world that just wasn’t ready. As secret societies begin to form in the shadows, a war between man and myth is underway – and you’re in the middle of it all. Now you’re the only one capable of stopping it all. Better lock and load, buddy. 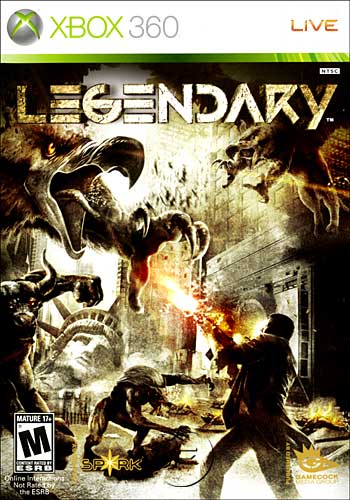