NOTE: Gears of War 2 manual includes a code for a Flashback Map Pack. The manual is not included with rental of this title, but is included with purchase.

The nightmarish Locust Horde remains on Sera, and they still intend to consume all of humanity. And Marcus Fenix, along with Delta Squad, still plans on standing in their way – preferably with a lot of big guns. Follow the continuing story of Fenix and Delta Squad, feeling the difficulty of survival, the pain of loss, and the glory of retribution. Ride on huge vehicles called Assault Derricks. Fight off a new enemy known as tickers – small creatures that run at you with explosives strapped to their backs. You can even use fallen enemies as shields. Join up with a friend for Horde Mode, where you have to fight off increasingly difficult waves of enemies! 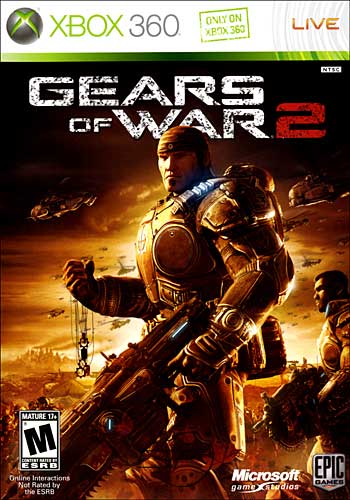