Title: Final Fight: Streetwise
Publisher: Capcom
Platform: Xbox
Genre: Fighting
Release Date: 3/2/2006
Overview:
Cody, the infamous hero from the classic Final Fight games, has disappeared. Play as his brother Kyle, an underground pit fighter who’s determined to find out what happened. Use street smarts and brawl-based fighting tactics to survive on the gritty streets of Metro City. The fighting action is more intense than ever with two modes of hand-to-hand and weapons-based combat. The non-linear storyline takes you through highly interactive environments where you’ll encounter all kinds of seedy types, from loan sharks to hoodlums. But choose your actions wisely. Respect is key to success. Trash your rep at your own peril. The amount of respect you command changes how NPCs react to you. 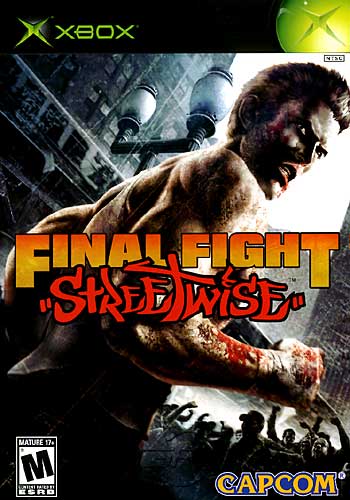