Title: Kane & Lynch 2: Dog Days
Publisher: Eidos
Platform: Xbox 360
Genre: Shooter
Release Date: 8/16/2010
Overview:
Kane & Lynch 2: Dog Days uses a gritty handheld documentary style that makes the game look like it was shot by cell-phone cameras, personal camcorders, and film crews ducking for cover. The end result is as raw and unnerving as Kane and Lynch themselves. Dog Days finds Lynch, the mercenary, living in Shanghai. When he needs help closing an arms deal, he calls in his old partner Kane – and everything goes horribly wrong. This time, play as the psychopath Kane as the duo tries to survive the Shanghai underworld. With every criminal in the city out for blood, the tension is constant and the experience is designed to be shockingly real. 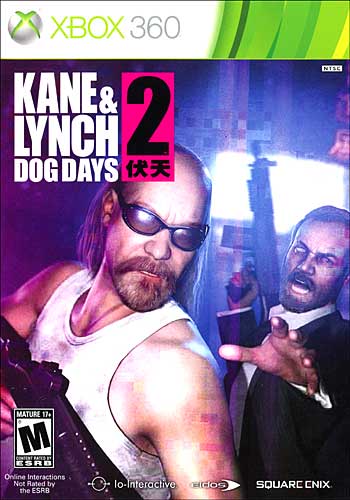