Title: Army of Two: The 40th Day
Publisher: Electronic Arts
Platform: Xbox 360
Genre: Shooter
Release Date: 1/11/2010
Overview:
Co-op is once again king as the Army of Two returns to take on a whole new enemy. When Shanghai is hit by an epic disaster, some might call it a case of “wrong place, wrong time.” For Salem and Rios, the Army of Two, it’s a case of “right place, wrong time” for whoever is responsible. Fight your way through a city under siege with a constant AI or co-op partner as you pursue the truth behind the disaster. New moves have been added to your co-op repertoire, giving you more ways to collaborate as you battle enemies and work to keep each other alive. 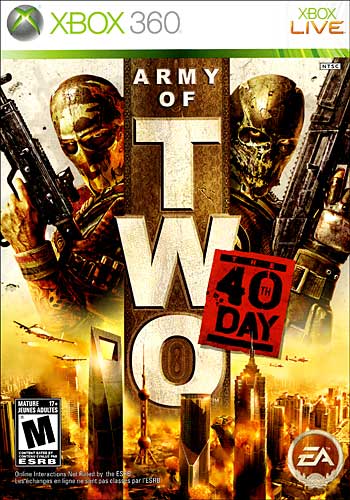