Title: Dark Void
Publisher: Capcom
Platform: Xbox 360
Genre: Action Adventure
Release Date: 1/18/2010
Overview:
Ever feel like shooters have gone a bit flat when it comes to inventive new action? Head for the Void. Dark Void unlocks a new dimension in combat by going vertical. Enter the Void, a mysterious gateway between two worlds. Play as Will, a pilot who joins a group of humans trapped in the Void, fighting against an alien race out to destroy the Earth. Fire up your jet pack and soar through a sprawling world where the assaults comes at you from every direction. Seamlessly move between air- and ground-based play as you sabotage enemy ships in mid-air, cling to walls in vertical battles fought a thousand feet up, and much more. 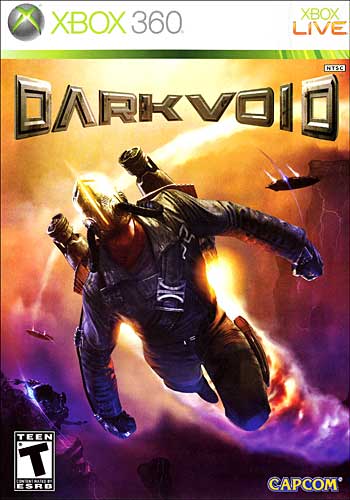