Title: Rise of the Argonauts
Publisher: Codemasters
Platform: Xbox 360
Genre: Action Adventure
Release Date: 12/18/2008
Overview:
One of the truly epic tales of glory and conquest comes to life in this anticipated RPG for the next generation! Slip into the sandals of Jason, the young king who takes control of the Argonauts, a battle-tested navy of unquestioned loyalty and unmatched prowess in battle. Travel the vast world of the Aegean, a shimmering ocean filled with islands, shining cities, lush jungles, and deep forests. Unleash massive attacks using a combination of powerful and devastating weapons, powers gifted from the gods, and the incredible might of your Argonauts. Fight alongside legendary heroes like Achilles, Hercules, and Atlanta, as you submerge yourself in the world of mythic Greece! 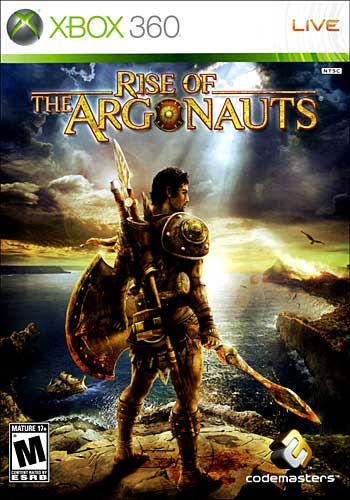