Title: NPPL Championship Paintball 2009
Publisher: Activision
Platform: PlayStation 2
Genre: Shooter
Release Date: 11/20/2008
Overview:
You wouldn’t want to leave a paint job in the hands of amateurs. Why should paintball be any different? Experience the run-and-gun thrills of the sport at its best with the official game of the National Professional Paintball League. First-person shooter combat meets extreme sports action in the most authentic paintball experience possible. Action unfolds with motion-captured moves including slides, dives, snaps, and more. Each piece of officially-licensed gear has been digitally scanned, bunkers and other cover shake when paintballs pepper them, and each shot fires with an accurate trajectory backed by real-life physics. 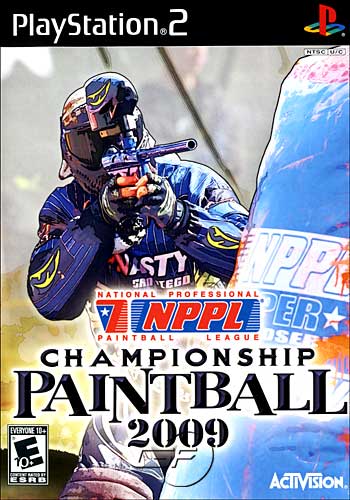