Title: Tomb Raider Underworld
Publisher: Eidos
Platform: PlayStation 2
Genre: Action Adventure
Release Date: 3/4/2009
Overview:
For many generations, stories have been told of the Norse God Thor and the hammer he wielded. The legend tells that whoever holds the hammer has the power to destroy even the gods themselves. It’s been just a story – until Lara Croft discovers proof of the Norse Underworld. Travel around the world to uncover the secrets behind the hammer in an attempt to keep the most devastating power out of the hands of evil! An expanded array of acrobatic capabilities grants you even more ways to solve each level. Shoot with one hand while hanging from the other using the all new combat system. You’ve also got brand new, state of the art gear to navigate the world with! 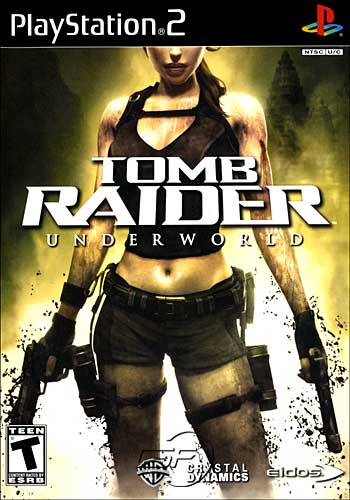