Title: Raven Squad
Publisher: South Peak Interactive
Platform: Xbox 360
Genre: Shooter
Release Date: 8/29/2009
Overview:
Get the best of both battlefield worlds in this game that combines the rush of first-person combat and the challenge of real-time strategy. Set in the year 2011, Raven Squad sends you into an Amazon jungle filled with haunting sounds, rich visuals, shifting weather conditions, and the potential for danger from every direction. Your combat skills will be tested in battles that have multiple paths to victory. Map out your plan using overviews found in a real-time strategy game, then play out story-driven objectives in the style of a first-person shooter. You’ll meet eight soldiers with unique backgrounds in a campaign that plays out solo or with a friend online. 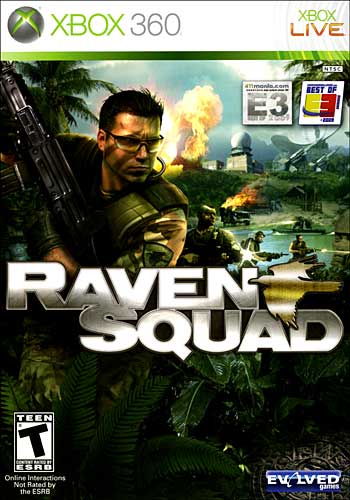