Title: Brutal Legend
Publisher: Electronic Arts
Platform: Xbox 360
Genre: Action Adventure
Release Date: 10/13/2009
Overview:
Imagine a world where there is one rule and one rule only: if it wouldn’t look good on a heavy metal album cover, it doesn’t exist. That’s the world of Brutal Legend, and it’s the world that Eddie, the world’s greatest roadie, must figure out how to save. Equipped with only a muscle car, an axe, and his trusty guitar, Eddie must form an army of rockers and stop evil demons from enslaving humanity. Jack Black stars in this rock-and-roll battle epic featuring the voice talents of rock giants, a face-melting soundtrack, and the chance to take your place among the gods of metal. 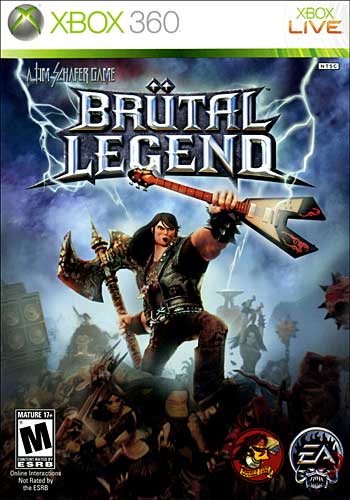