Title: Lost Planet: Extreme Condition
Publisher: Capcom
Platform: PS3
Genre: Shooter
Release Date: 2/27/2008
Overview:
Lost on a harsh, frozen world, snow pirates travel in Vital Suits, battling the planet’s native Akrid creatures for the heat energy they need for survival. On the verge of death, one snow pirate, Wayne, is rescued with almost no memory of his past. He recalls a mysterious brutal being murdering his father. The fate of the snow pirates and their Akrid rivals may lie in the darkness of Wayne’s memory, as a sinister plan to destroy both races has been set in motion. But who’s behind it? Find out in this frenetic third-person shooter set in a chilling sci-fi world, with both a single-player campaign and an online multiplayer campaign to explore. 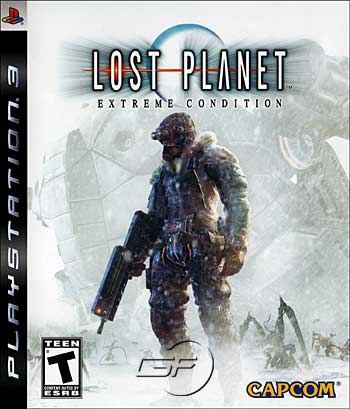