Title: Lord of the Rings: War in the North
Publisher: WB Games
Platform: Xbox 360
Genre: Action Adventure
Release Date: 10/31/2011
Overview: The fellowship is smaller but the adventure is no less epic in this original, combat-heavy Lord of the Rings action-RPG. Lord of the Rings: War in the North brings together three new heroes – a ranger, dwarf, and an elf – for a new tale that takes place as Frodo journeys to Mordor with the One Ring. Face a new enemy, Agandaur, who rises in the North. Fight his orc hordes in hack-and-slash play that takes place on an epic scale. You’ll be aided in your quest by Beleram, a giant eagle your party can summon when you need him most. Join together with friends and experience this new LOTR story in co-op style. 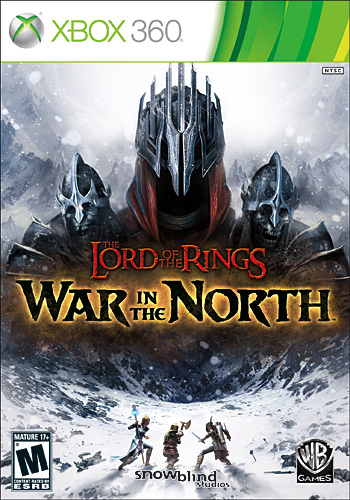