Title: Batman: The Brave and the Bold
Publisher: WB Games
Platform: Wii
Genre: Action Adventure
Release Date: 9/4/2010
Overview:
In The Brave and the Bold, Batman is kind enough to bring along some friends. All you have to do is return the favor! Team up for a co-op adventure as the Caped Crusader teams up with some of his superhero friends in this game based on the Batman: The Brave and the Bold TV show. Use Batman’s trademark weapons, including batarangs and other gadgets from his utility belt. Fight side-by-side with Robin, Green Lantern, Blue Beetle, and Hawkman, or call in instant help from drop-in characters like Aquaman and The Flash. Fight villains from the DC Universe in play that shows you what it’s like to be a superhero. 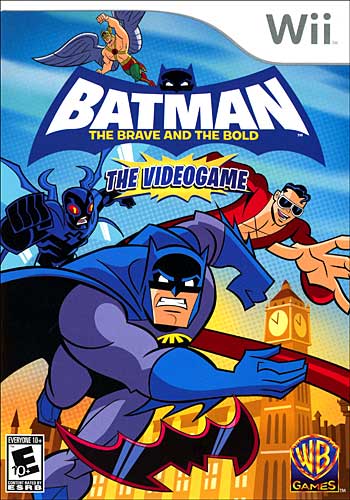