Title: Hellboy: Science of Evil
Publisher: Konami
Platform: PS3
Genre: Action Adventure
Release Date: 6/26/2008
Overview:
Only Hellboy can stop the Nazis’ evil plot to take over the world! Take control of the sardonic hero as you smash and crash your way to a final confrontation with Herman Von Klempt, a Nazi scientist. Use your strength to beat the tar out of your enemies charged attacks, or use rapid-fire punches to show off your agility. Pick up items or people and use them as weapons. Literally bring the house down on the bad guys, then use the wreckage to hit them some more. You’ll need to use strategy, too – if you take down the leader of a mob, the rest of the group will lose focus and energy. 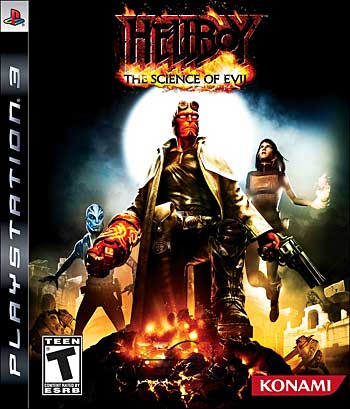