Title: Dragonball: Revenge of King Piccolo
Publisher: Namco
Platform: Wii
Genre: Action Adventure
Release Date: 10/29/2009
Overview:
Growing up is always a special time, even when that time is spent slinging powerful attacks at your enemies. Flash back to the beginning of the Dragonball story as the epic anime franchise makes its first appearance on Wii. Play as Kid Goku and adventure your way from the Red Ribbon Saga to the King Piccolo Saga. You’ll experience Dragonball like never before. Everything’s been faithfully preserved, including the original Japanese music and voiceovers, as well as the original drawings that make up the game’s state-of-the-art visuals. You’ll relive the all the action, humor, and style that first made the series a favorite. 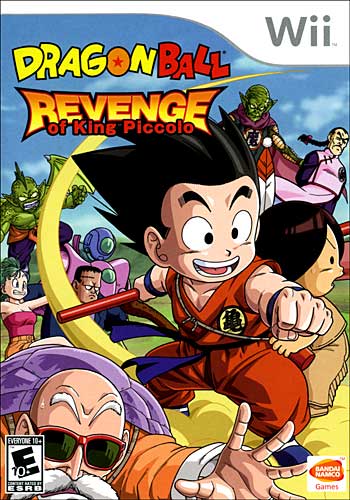