Title: Justice League Heroes
Publisher: Eidos
Platform: Xbox
Genre: Action Adventure
Release Date: 10/18/2006
Overview:
There are heroes, and then there are superheroes. They don’t come any bigger than the members of the fabled Justice League, especially those assembled here in an Xbox first. For the first time, one or two players can play as the biggest names in the superhero biz, all in the same game. Superman, Batman, Wonder Woman, Green Lantern, The Flash, Zatanna, and Martian Manhunter are ready to take on the most notorious DC Comics bad guys. You can even unlock more heroes. Multiple levels feature varied combat (using all your favorite superpowers), rich visuals, and an engaging storyline filled with cut scenes and in-game super-banter. 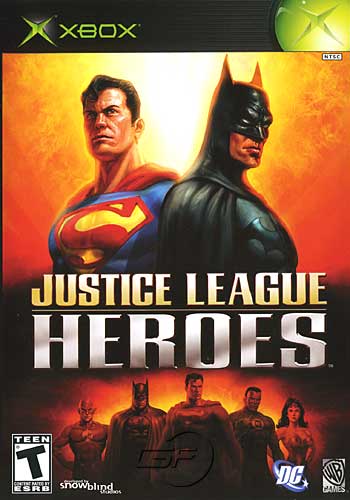