Title: Da Vinci Code
Publisher: Take Two
Platform: Xbox
Genre: Action Adventure
Release Date: 5/15/2006
Overview:
Crack the Da Vinci Code and uncover a mind-blowing secret in this game based on the best-selling book and blockbuster film. Filled with pulse-pounding chases, challenging exploration, furious combat, and cryptic puzzles, the Da Vinci code offers an exhilarating adventure of epic proportions. Follow clues hidden in the works of Leonardo Da Vinci in a quest to expose a 2000-year-old conspiracy. The game takes you both through and beyond the experiences and locations seen in the book and movie. Race to stay one step ahead as you evade ruthless enemies determined to keep their secret safe! Uncover the mystery in world-renowned locations, including Westminster Abbey, The Louvre, and more. 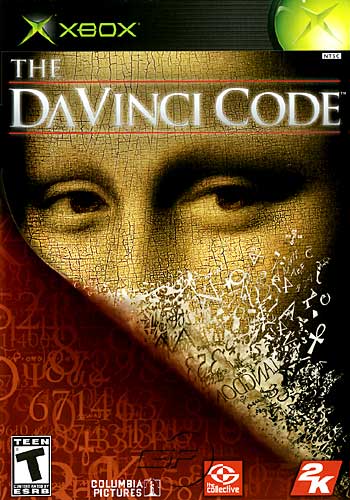