Title: Rugby 06
Publisher: Electronic Arts
Platform: Xbox
Genre: Sports
Release Date: 2/15/2006
Overview:
Rugby 06 cements its standing as an international sports powerhouse with an intense, raw rugby experience ripped right from the pitch. Take full offensive control and captain a team to the top in major tournaments including the Heineken Cup, the Six Nations, the Guiness Premiership Championships, and the Super 14. Seize control of the game with all-new impact star players who carry your team to victory. Program your controller pre-game with plays in your style, then unleash them on the fly. Also new for 2006 are enhanced stadiums and conditions (including snow and fog), authentic commentary, and a deeper-than-ever World League Mode that’ll test the mettle of any team manager. 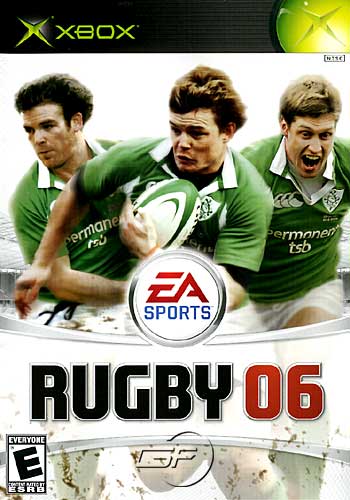