Title: College Hoops NCAA 2K8
Publisher: Take Two
Platform: PlayStation 2
Genre: Sports
Release Date: 11/20/2007
Overview:
The highest-rated college ball game for the past five years is back and better than ever! The features that have always made the game great are back, but now you can also try the All-American Training Challenge, which pits you against some of college basketball’s best former athletes, including Mike Conley Jr., Julian Wright, and Glen Davis in tests of passing, shooting, and defense. Also, the effect of the crowd on the team registers like never before as the fans’ cheering energizes your team. Fill the crowd meter by playing well, and your team will gain the benefit of playing with no fatigue as the opposing team starts to lose steam. 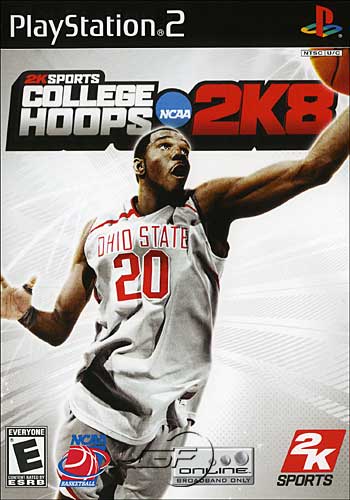