Title: NBA Live 09
Publisher: Electronic Arts
Platform: PSP
Genre: Sports
Release Date: 10/6/2008
Overview:
Some players just have greatness in their genes. Now a video game does too! Each player in NBA Live 09 has been built with all-new Player DNA, with opponent-by-opponent tendencies broken down so you know where to look for the hot hand. You’ll also want to keep your eye on Hot Spots 2.0, an on-court, in-game display showing where each player likes to shoot. Plus, enhanced Freestyle controls give you an even sweeter array of spin moves and crossovers. But the game doesn’t stop there. You can also relive the league’s greatest moments, play streetball with two-man teams of current stars and NBA legends, or take your game global in 24-team FIBA World Championships. 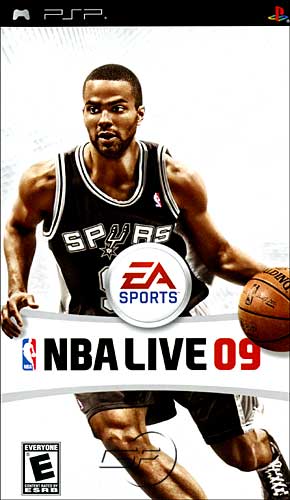