Title: Close Combat: First to Fight
Publisher: Take Two
Platform: Xbox
Genre: Shooter
Release Date: 4/7/2005
Overview:
Created with the help of over 40 active-duty Marines fresh from firefights in the Middle East, First to Fight puts you behind the barrel of an M16-A4 as a Marine fire team leader. Lead your four-man fire team through the perilous streets of Beirut in modern urban combat. Close Combat: First to Fight is an action-oriented, first-person 3D shooter that is being developed under the direction of the US Marine Corps as a training simulation for use by the Marine Corps. 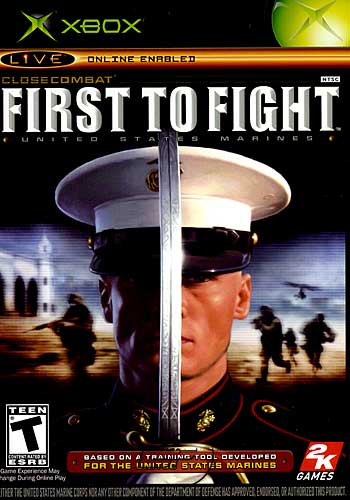