Title: GunGriffon: Allied Strike
Publisher: Tecmo
Platform: Xbox
Genre: Shooter
Release Date: 12/15/2004
Overview:
GunGriffon takes place in a hostile futuristic world where there is little hope for survival among the human race. The earth’s resources have been exhausted and people are continuously splitting into groups to fight for what is left of it. The player takes on the role of a renegade soldier, enlisted in an anti-tank troop, who’s prime mission is to take down armored tanks, the ultimate ground weapon used to destroy the earth and any living thing that gets in its way. 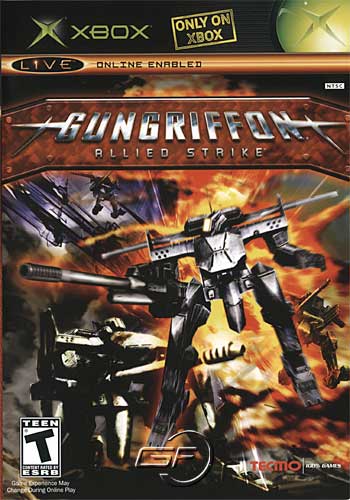