Title: NBA 2K11
Publisher: Take Two
Platform: PlayStation 2
Genre: Sports
Release Date: 10/4/2010
Overview:
The greatest player of all time meets one of the greatest NBA games as Michael Jordan returns in NBA 2K11. Experience unrivaled NBA action and play as His Airness in gameplay that gives you a chance to pit historic Bulls teams against any current NBA squad. Choose from three of Jordan’s championship  teams and match them against Kobe’s Lakers, the Miami Thrice, the Celtic’s Big Three, and others. D-up with a new Player Matchup System that helps you lock down your opponent. And with the addition of more Signature Player Styles, the moves players make in the game will be the same ones they make in real life. 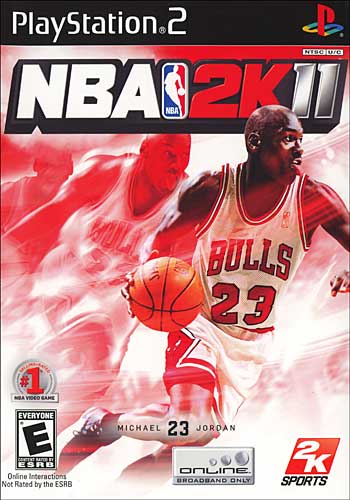