Title: Backyard Football ’10
Publisher: Atari
Platform: PlayStation 2
Genre: Sports
Release Date: 10/22/2009
Overview:
The biggest guys come in a smaller size in Backyard Football, where you’ll play as kid-versions of your favorite NFL players! For 2010, the game gets a boost from some new features, including new power-ups, a new Backyard Hall of Fame, and a new two-on-two co-op mode. Play as your favorite NFL team, a squad of Backyard kids, or create your own. You’ll take the field with kid-sized versions of NFL stars, including Tom Brady, Peyton Manning, Michael Turner, LaDanian Tomlinson, Tony Romo, and other greats. Whether it’s for one game or a whole season, it’s easy enough for anyone to play, and exciting enough for all to enjoy. 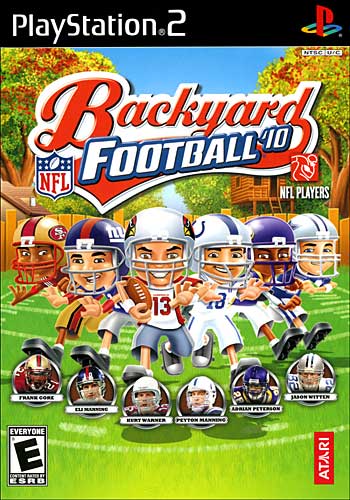