Title: Madden NFL 10
Publisher: Electronic Arts
Platform: Wii
Genre: Sports
Release Date: 8/13/2009
Overview:
The world’s best-selling football franchise delivers it’s most realistic edition yet! Madden NFL 10 starts with an all-new playbook, giving you a chance to run the Wildcat formation that took the league by storm in 2008. From there, assign custom actions to every player for added control. See what it’s like at the bottom of the pile as you battle for possession of a fumble in a quick mini-game. Ride one player’s hot hand and overcome another’s cold spell as dynamic player ratings shift during the game. Brace yourself for impact as the camera shakes with every big hit. The action’s so realistic, you might as well be taking snaps under the center. 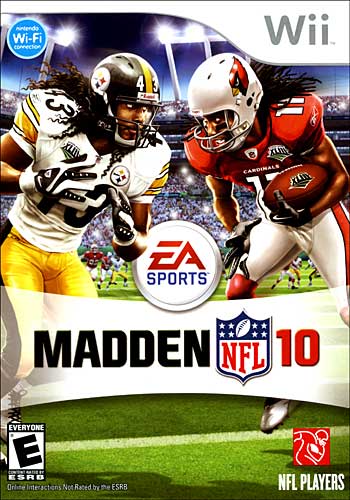 One thought on “Madden NFL 10”