Title: Medal of Honor
Publisher: Electronic Arts
Platform: Xbox 360
Genre: Shooter
Release Date: 10/11/2010
Overview:
The war in Afghanistan called for a new kind of soldier to fight a new kind of enemy. The Medal of Honor franchise adapts to that new reality by leaving the World War II era behind and creating the first MOH game set in the modern age. Experience the Afghan war zone through the eyes of Tier 1 Operators. The ultra-elite squad of highly skilled operatives takes orders directly from the National Command Authority, and is not allowed to fail. Carry out critical missions in the fight for freedom in gripping, cinematic gameplay developed with help from real-life Tier 1 operatives who were on the ground in Afghanistan. 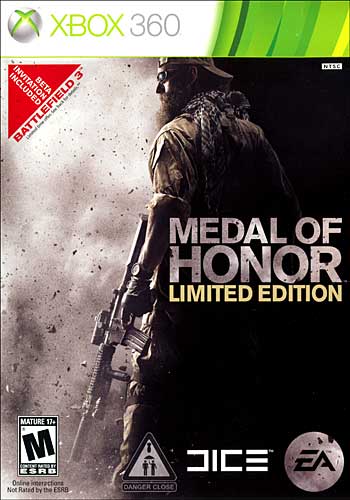