Title: Morphx
Publisher: 505 Games
Platform: Xbox 360
Genre: Action Adventure
Release Date: 9/28/2010
Overview:
In order to beat them, you may have to join them in this grueling third-person shooter set in an alien-ravaged post-nuclear world. When aliens descend on Earth, they wipe out almost the entire human race in an instant. The nuclear response from world powers doesn’t stop them, and only turns the earth’s surface into a wasteland uninhabitable for the handful of humans that survive. Wake up in an underground laboratory faced with a life- and possibly world-changing decision. Will you increase your physical powers with Alien DNA, knowing the mutation will eventually make you a monster? Or will you play it safe and try and fight them with pure firepower? 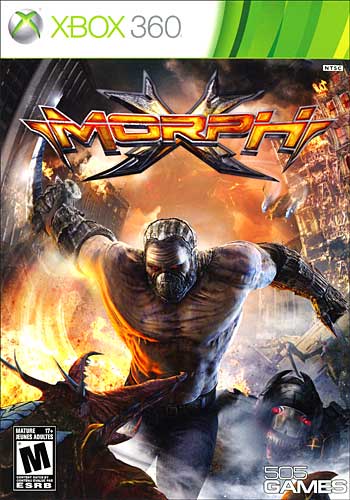