Title: Resident Evil: The Darkside Chronicles
Publisher: Capcom
Platform: Wii
Genre: Action Adventure
Release Date: 11/18/2009
Overview:
Return to Raccoon City in this Resident Evil saga that proves sometimes the darkest evils lie within. Set in the virus-ravaged Raccoon City world of Resident Evil 2, this sequel to Resident Evil: Umbrella Chronicles goes deeper and darker into the franchise’s storylines. It’s late September 1998, and the streets of Raccoon City are teeming with horrifying creatures created by the T-virus. Battle the undead as Claire Redfield and Leon S. Kennedy as you explore uncharted regions of the Resident Evil story. This time, the greatest evil is not the Umbrella Corporation, but what lurks in the pasts of the characters themselves. 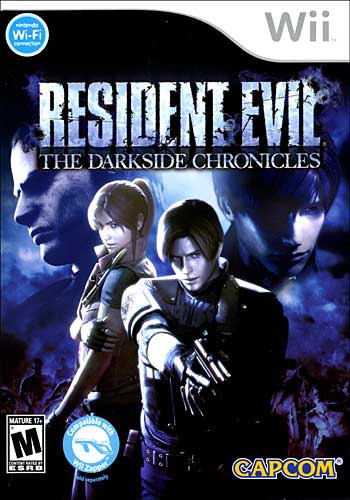