Title: Ace Combat: Joint Assault
Publisher: Namco
Platform: PSP
Genre: Action Adventure
Release Date: 8/31/2010
Overview:
The skies are heating up as battles break out over some of the world’s most famous landmarks. For the first time in the series, fly and fight over real-world locations including San Francisco, London, Tokyo, and others. Hop into the cockpits of over 40 aircraft. Feel like you are truly in a war for your life with the new Enhanced Combat View system, which shows enemies closer in your sights for a heightened sense of speed and intensity. Take the dogfight online and assemble a squadron of four for co-op action, or join up to seven other pilots in Versus Mode. 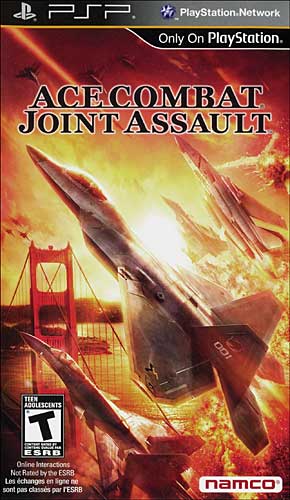