Title: Ys Seven
Publisher: Xseed Games
Platform: PSP
Genre: RPG
Release Date: 8/16/2010
Overview:
A long-time Japanese RPG favorite gets a new start with a new adventure, the first built exclusively for PSP. The seventh installment in the franchise, Ys Seven continues the story of Adol, the trademark hero who has appeared in every Ys title. Adol and his friend Dogi undertake a quest to awaken the Five Dragons and win their help in a final battle to save the world. Visit villages and explore dungeons in a story designed to let both new players and those familiar with the franchise jump right in. The game uses a three-member battle party, fast-paced real-time combat, and delivers over 30 hours of engaging gameplay. 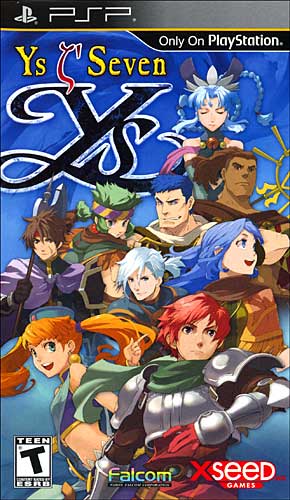