Title: Surf’s Up
Publisher: Ubisoft
Platform: PlayStation 2
Genre: Action Adventure
Release Date: 5/30/2007
Overview:
Surf’s up! See if you have what it takes to become the big kahuna in this game based on the Surf’s Up animated movie. Penguin surfers from all over the globe have gathered together for the annual Reggie Belafonte Big Z Memorial Surf Off. Choose to play as any of your ten favorite characters from the film, including old-school legend Big Z, reigning champ Tank, and young upstart Cody. Then get ready to go extreme! Ride the waves in a variety of locations as you learn how to handle yourself atop a board. Surf’s Up features a kickin’ licensed soundtrack, voices from the film, multiplayer, easy-to-learn controls, loads of unlockable content, and more. 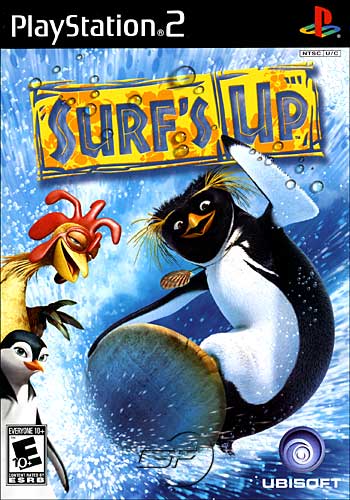