Title: Quantum Theory
Publisher: Koei
Platform: Xbox 360
Genre: Shooter
Release Date: 9/27/2010
Overview:
The human race, already ravaged by war, is pushed to the brink of oblivion in this third-person shooter where humanity’s last hope sits at the top of a dark tower. Following a devastating conflict, the last human survivors have banded together in a community called Cocoon. When a deadly black material known as Erosion threatens to destroy what’s left, a soldier sets out to destroy the source of the Erosion, a mysterious Living Tower. Team with an unlikely ally and explore a world teetering on the brink of apocalypse. You’re not only up against your enemy, but a shape-shifting battlefield that throws new obstacles at you in real-time. 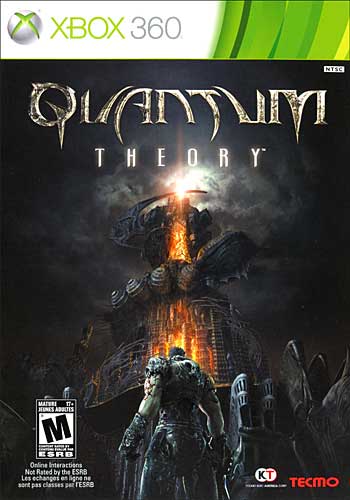