Title: Hexyz Force
Publisher: Atlus
Platform: PSP
Genre: RPG
Release Date: 5/25/2010
Overview:
Fate has chosen two champions from two different worlds to fight an epic battle. Now, you must choose what fate holds for them in this RPG with turn-based combat optimized for PSP. After a battle with the God of Destruction, the world of Berges was split into two opposite worlds divided by dark and light. Now, the two sides will unite to save both worlds. Use a variety of powers to help you on your adventure. Win Force Points in battle and strengthen your weapons, boost your attacks by building up your Force Gauge and Hexyz Charge, and use the powers of Ralu and Ulu to create new equipment. 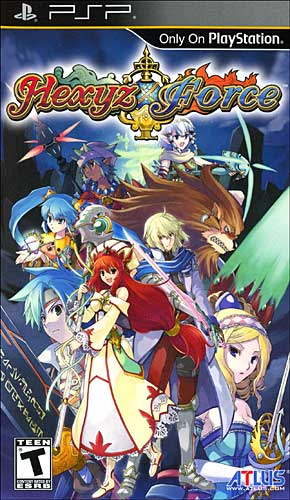