NOTE: This title requires a code to access the game’s online (Infrastructure) features, but not its wireless (Ad-Hoc) features. The code is included with purchase of this title, but not with rental.
Kart racing gets kreative with this game that lets you customize your entire experience! Your character begins as a completely blank figure, and it all begins from there. Take hold of the same tools used by game developers and create every aspect of your car, driver, and even the track they’ll race on. Once the race begins, you’ll use drifts, jumps, weapons, and boosts, all with exceptionally realistic physics and handling. The race never ends online, where you can share your creations and drive the karts and tracks made by other members of the ModNation. 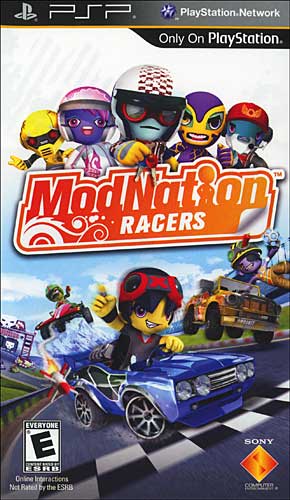